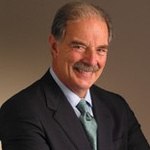 Mr. Barokas' practice is focused toward complex civil litigation between private, public and governmental entities. He has served as trial counsel in cases in Washington, Oregon, California and Alaska. The cases involved breach of contract with an emphasis on construction litigation, business torts, unfair competition, real estate, partnership, shareholder and other business disputes.