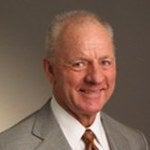 Over his years of practice Dale Martin has represented virtually all facets of the construction industry, many construction-related businesses, and businesses generally. His representation has focused upon general contractors, both civil and building, and on major subcontractors, primarily mechanical and electrical.

Mr. Martin has been a lawyer for numerous construction owners, large sureties and design professionals. His non-construction representation includes problem resolution for a wide variety of businesses and individuals.

Mr. Martin represents American construction operations for foreign companies that acquired or started construction-related operations in the United States. He has handled several large work-outs, and recently concluded a five year effort that resulted in recovery of over $51 million on seven different claims in a construction wind-down for an Australian-owned US company.

Mr. Martin has specialized for the past 20 years in large claims and disputes. He has handled to conclusion over 100 matters involving seven and eight digit claims and controversies, including successfully defending against two claims of over $50 million; the first a zero award after 20 weeks of arbitration, and the second a summary judgment in federal court.

Mr. Martin has been successful in handling the client's problem where it arises, and has brought claims and disputes to final disposition by settlement, arbitration or litigation in 27 of the 50 states, including Washington, Oregon, California, Hawaii, Alaska, Idaho, Nevada, Utah, Montana, Arizona, New Mexico, Colorado, Texas, Louisiana, Kansas, Iowa, Michigan, Illinois, Massachusetts, Connecticut, New York, Pennsylvania, Virginia, West Virginia, Georgia, Florida and the District of Columbia, and has developed and maintains a network of highly capable local counsel throughout the country.